Commentary and updates on everything related to 1948 Leaf Football cards...

Trying to find a 1948 Leaf Football wrapper has proven to be far more difficult than one would expect.  Given the nearly endless offerings of Bowman wrappers from the early to mid 1950's, the dearth of Leaf wrappers is somewhat surprising. Over the past several years, I've seen one made available and that was part of a larger lot of wrappers from the era.  The actuallity of it being 1948 versus 1949 is still up in the air as the images provided were not of high enough resolution to ...

The Bobby Layne card, arguably one of the more difficult cards in the issue to locate in top grade, suffers the fatal flaw of having a very tall, oversized text field on the reverse, re... 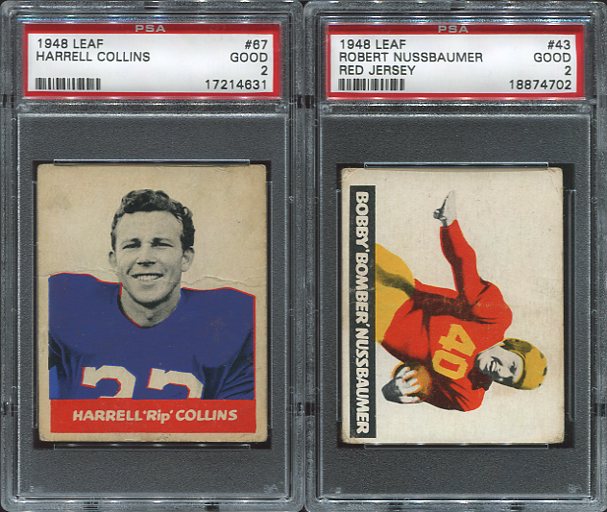 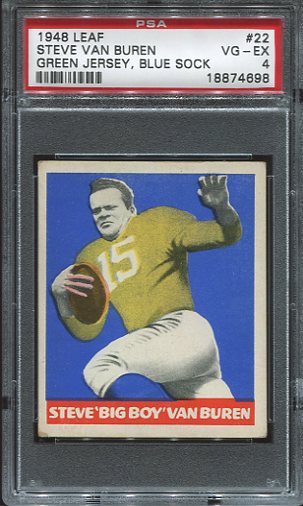 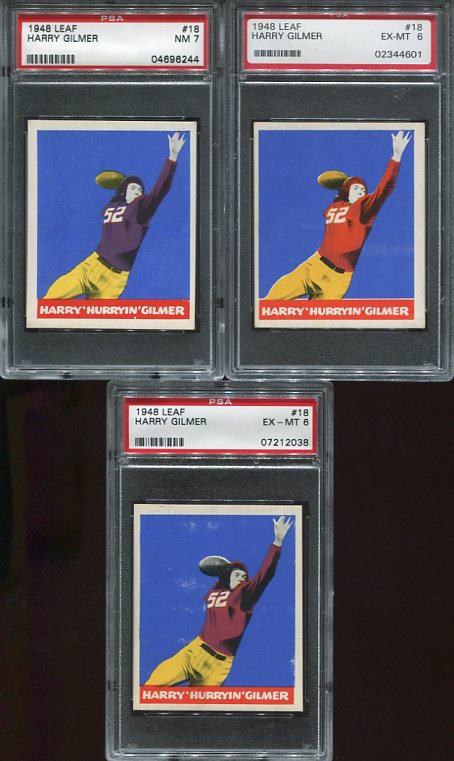